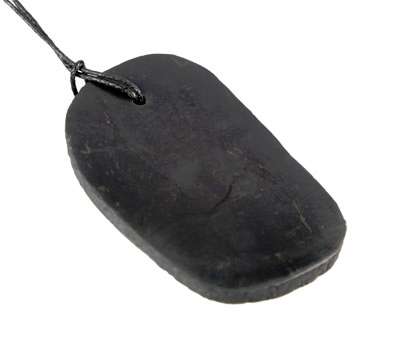 I have been feeling the negative effects of this toxic soup of EMF in my apartment for quite a while now and it has been quite intolerable.

I was feeling very tired and lethargic as I have up to eleven wifi connections coming through my apartment from other peoples spaces. Some of these wifi signals are full power. I also have a smart meter about 15 feet away from me and a couple of cell towers about a kilometre away. This has been extremely taxing. On top of all that, at my place of work, I was also badly affected by heavy EMF. I would lecture all day, but would fell very taxed by the atmosphere in the room, no matter how much fun the students and I were having in class.

Well, I then came across a Shieldite demo on youtube and finally hope of relief from this yuckiness was born.

I originally called Iyashi Source and ordered a 4cm by 4 cm cube of Shieldite. After recieving the cube from the lovely Pamela at Iyashi, who has the compassion of an angel, I noticed an amazing sense of relief from the low feelings I had been experiencing in my life. I carried the cube everywhere I went and also slept with it in my bed!!! The only time I would be away from it was when I set it down for half an hour so that I could ground it using the grounding cable I ordered as well. Boy what a difference I felt. A feeling of calm came over me over the next few days as my body was able to begin recovering from all these evil EMF's. I also noticed that I my insomnia began to disappear and I would enjoy a deeper sleep than I had had in quite a while. I now need two alarm clocks to wake me! I keep them far away of course, since I desire as little EMF as possible around me. I also noticed that I wasn't as uncomfortable in my bed as I had been before. This lack of comfort is due to the metal springs in the mattress which really don't help when you are surrounded by EMF's. I have bought an air mattress so that I don't have to worry about all those metal bed parts again. Not that the Shieldite does not work, it works, but I still follow the practise of keeping EMF as far away as possible. I still haven't set it up as I wanted to keep things as they have been while experimenting with the Shieldite. And the Shieldite has passed the test with flying colours!!!

I must say that I am appalled at the system we live under for allowing the people of this nation to live in these conditions. It's horrendous! There is one cell tower near scores of houses in my area and one next to a church. There are about 6 of them about half a km from my parents home. I even saw a cell tower right next to a care home in the city I work in! What he heck is going on?!

Anyways, since the cube worked so well, I bought some Shieldite stones, bricks and cubes for my parents and siblings and myself. I have not asked them how they feel yet as they have only had them a short time. Personally, I am feeling great though. My little apartment feels much more peaceful and ma puti cats are just sooooooo happy!!!!

Thanks Iyashi. You are all Super Heroes and deserve our respect and gratitude. And that goes DOUBLE for you Pamela!