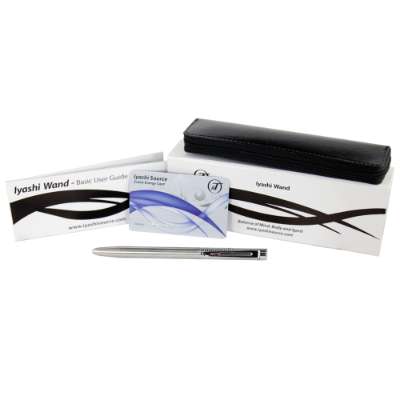 When my wand arrived at the local Post Office, I immediately took it to a friend’s place to try it out on her, because she was suffering from pain in
her throat. This morning it had gone down to about a 2 (on a scale of 0-10), but her voice was still quite hoarse.
So we started working on the throat for a few minutes, paused, and then on and off for approx. 10 min. After that time the throat was down to a 0, and the hoarseness was completely gone and her voice was clear. And something else had also quite unexpectedly occurred: her face – (normally quite patchy which she hides under make-up, but was not wearing then because it was so early in the morning) – had cleared up and looked
wonderful. She told me later that the pain in the throat had come back a little the next day and she does wear make-up – but the voice remained clear.